The 72nd Global Weekly Saturday Summit : Conversation and Collaboration with Legends - The WACEM Round Table with Prof. Kazzi 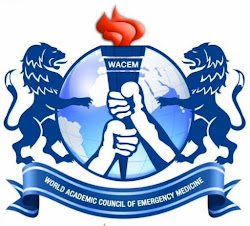 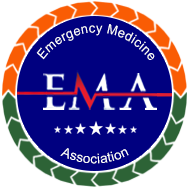 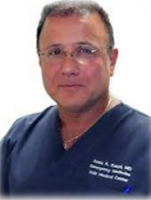 31st July, 2021
On Saturday, July 31st, leaders representing WACEM, INDUSEM, and EMA India, had the incredible privilege and opportunity of a meeting with Professor Amin Antoine Kazzi.
Professor Amin Antoine Kazzi, MD, FAAEM, is the founding emeritus chair of the department of Emergency Medicine, at the American University of Beirut (AUB). He serves as the deputy chief of staff at the AUB Medical center. Dr. Kazzi moved to Beirut in 2006 to establish EM in Lebanon, where he played a leading role in the establishment of an academic department of emergency medicine, the first in the Middle East; and three residency programs across Lebanon.
Dr. Kazzi is well known across the world for his leadership role in establishing the exceptional Mediterranean EM Congresses, and for his service in executive and leadership roles in several professional societies, in particular, as President for the American Academy of Emergency Medicine (AAEM). He also played a key role as founding Vice Chair for the Department of Emergency Medicine at the University of California, Irvine; and as managing editor for the California Journal of Emergency Medicine (which then became the Western Journal of Emergency Medicine). Recently he founded the Mediterranean Journal of Emergency Medicine, which is one of the fastest growing journal in the specialty of Emergency Medicine.
Dr. Kazzi has earned a number of key national leadership and recognition awards - the most important being designated as The Master of the Academy of Emergency Medicine (MAAEM), the EuSEM-AAEM Founders Award, and the David Wagner Award for special impact in the specialty.
The Amin Kazzi International Emergency Medicine Leadership Award - the most prestigious award of the highest excellence in the USA, is awarded annually by the AAEM as a tribute to this great leader.
We were honored to be in conversation with Dr. Kazzi, to discuss the distance we have come as a specialty, the strides made by INDUSEM and EMA in India, and wider scope of WACEM. We all agreed upon the importance of the role of legitimate academic emergency medicine in the betterment of the specialty and ultimately the betterment of patient care in emergency departments across the world. We recognized the need to address the burdens faced by emergency departments everywhere, long before the pandemic struck and those that will continue long after it. We recognized the challenges that earnest and enthusiastic emergency physicians face from the moment the start and throughout their journeys. It is a specialty that does not slow down, let alone stop. INDUSEM has been instrumental, over the last few decades, in establishing the foundation on which we all now continue to build. But we still have more to do, and a long way to go.
We are delighted, therefore, that Dr. Kazzi has committed to collaborating with the WACEM initiative, and no doubt this collaboration will be as legendary as the man himself. 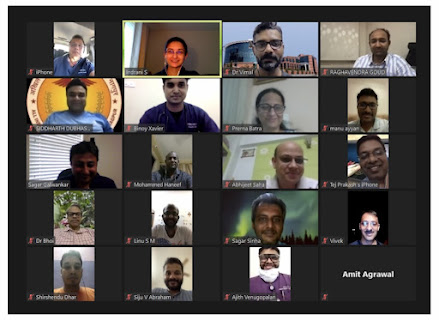