The 7th WACEM-ACAIM Joint Special Global Web Conference on Advance therapeutics in COVID19: Opinions from Experts around the World. 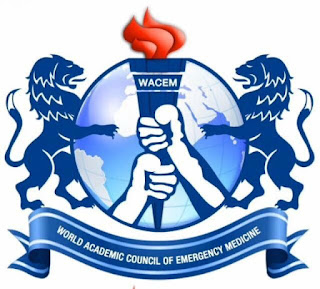 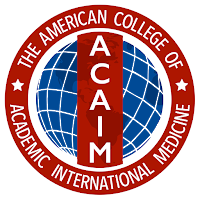 The 7th in the series of WACEM-ACAIM Joint Group Meeting was packed with presentations of important work being done by the group. For this meeting, we were graced by the presence of our first speaker, the honorable Secretary of State at the Ministry of Internal Affairs, Romania, Dr. Raed Arafat, who shared an enlightening glimpse into the Romanian model in this COVID era.

Our continued gratitude to all presenters and panellists.

There were a lot of enlightening insights about the successes seen from the Romanian working model for the pandemic, as well as a look into the challenges they faced, as a nation, and on the healthcare front.

Of particular interest, Dr. Arafat shared that they had conducted table-top exercises geared towards a projected response to biothreat issues, just within a year preceding the pandemic. These exercises highlighted theoretical issues which indeed reflect the challenges being faced now.

Disaster Preparedness in any place, and at every level (institutional/national/international) is of paramount importance.

This group hopes that we, collectively around the world, do not have a short-term memory regarding this period of time, and hope to see some constructive and lasting changes emerge amidst the other long-term impacts bound to come.

Among the challenges they faced were an early closure of the export industry, supply of counterfeit equipment, high rate of HCA infections due to poor preparation and/or compliance with protective protocols.

They tackled with these challenges very early, in fact having meetings quickly after news of infection first emerged from China. Military personnel were deployed to some areas to assist; there was no institution of a full lockdown, but good general compliance of sensible measures installed early into the local incidence of the disease.

They learned quickly after instituting the model of: COVID-19 hospitals, Support Hospitals, and Clean Hospitals, that a "clean" hospital would not be an achievable concept practically.

They were able to overcome the hurdle of "admission only after testing for COVID", thus eliminating delays in clinical care of patients, and preventing bottle-necking in the ED.


Their whole approach to the pandemic saw to the fact that they did not face overwhelming of their critical care units, which was and remains a major problem in the worst affected areas around the globe.

There is, as there is bound to be, some public unrest, however a good overall compliance. This includes the forethought of delaying re-opening of schools till September: which has been well received by authorities, public, and concerned parents.

We, at WACEM-ACAIM, are looking forward to working together with global leaders in finding successful (and unsuccessful) models, applying lessons learnt from them on an international scale towards the betterment of health sectors globally, and improving disaster preparedness responses.
It has never been more apparent, that the wealth of a country relies heavily on its health.

It has been a recurring feature in this blog, and in our weekly meetings. Our joint group is in the process of developing a Silent Hypoxia Algorithm, that we hope to share soon.

A stand-out point today, was the importance of recognizing a subtle minimal-exertional or stress-induced hypoxia in otherwise well-appearing, or imaging-negative patients. It should serve to act as a Red Flag and these patients should be considered for admission, and prophylactic LMWH due to increased thrombogenic potential.

To continue to highlight the importance of the above, and integrate it into practice, 'Silent Hypoxia Algorithm' is in development.

The group is working on developing a ventilation algorithm to simplify and standardize approach to respiratory management of COVID-19 patients, integrating with the silent hypoxia algorithm.

We are also looking into a biotriage tool.

While we continue to look into the pathophysiology and immune mediated response in COVID-19, we are also hypothesising potential co-infection responses. There is no current evidence of an amnestic response, however, studies are still ongoing.

The health care sector and governmental response sectors go hand in hand in deciding the outcome of any crisis situation, as is evidenced by varying responses by different nations.

Suggested model of Home based monitoring

In conjunction with telecommunication and community-based models of care, we suggest developing a model so as to reduce burden of hospitalization and also reduce risk of exposure for the patient where these are preventable.